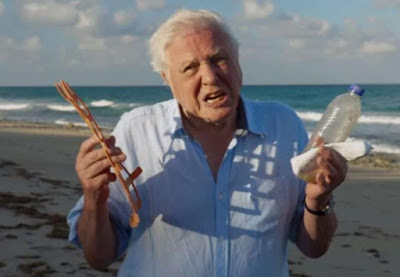 Ever since the David Attenborough's Blue Planet broadcasted the negative effects of plastic bottle consumption on sea life it seems like the hot topic on everyones minds in the packaging industry. Its interesting how one program can have such powerful influence. The likely outcome is that the subject will also become more talked about in the commons and trends will form to support the alternatives to plastic. The glass and aluminium industries aren't wasting any time on jumping on this bandwagon so you can expect more negative press in the future.

The Prime Minister has pledged to ban all avoidable plastic waste in the UK by 2042. Some experts are now claiming that there isn’t an ocean that is free from plastic pollution and that it has even been found in uninhabited places like Antarctica.
It is estimated we contribute millions of tonnes of plastic into our oceans every year. The combination of the salt from the ocean and the UV light breaks down the plastic and releases toxins such as BPA and Phthalates and these chemicals are then absorbed by the marine life, which can work their way into the food chain and are thought to contribute to any number of illnesses.

Penzance is designated to be the first plastic - free town by ‘Surfers Against Sewage’. With their strong connection to the sea and their elements, they are setting up a plastic-free clinic to spread the word to get approved status of plastic free coastlines.

Trends have also reached supermarkets such as Iceland, who have set a time limit on phasing out plastic packaging used for their own brands, a move it says is supported by 80% of shoppers. Other supermarkets are now thought to be following suit, which will affect suppliers' future packaging options.
Milk in bottles is on the increase, as the British public rediscovers the joy of a fresh ‘retro’ pint delivered to your doorstep.

We have to look to the future and what is best for us, our children and the planet. It lasts a lot longer than plastic alternatives, more easily recyclable, better for the environment, reduces landfill and saves on energy on the plastic recycling processes. Up to 87% of all recycled glass can be reclaimed.

In the long run it saves money in all sorts of ways, as it is an all round one time investment in every aspect.

The harmful effects of plastic consumption has become one of the greatest environmental scourges of our time and may be as significant as climate change.
Glass means class. It is environmentally-friendly and the future. Plastic bottles are not.