How is Rum made? 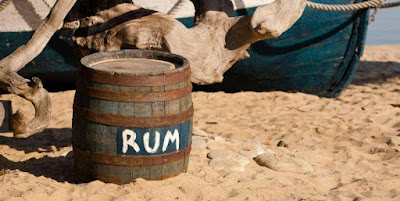 One of the Founding Fathers and politicians of the Unites States, George Clymer once said, “Among the expected glories of the Constitution, next to the abolition of Slavery was that of Rum.” The globally cherished sweet, subtle flavor of rum is a product of years of trial and error. The process of rum production, beginning from fermentation of molasses to the distillation, has retained many of its traditional methods but has been optimized to enhance the desired attributes and minimize the less desired qualities. Distillation is a crucial step in the process of rum production that can determine the taste and alcohol content of rum.
How rum production started

The process of rum making dates all the way back to the Caribbean sugarcane plantations for the abundant and easy availability of the main raw ingredient, sugarcane. By the end of 18th century, rum popularity had increased exponentially.

The Encyclopedia Britannica of 1771 gives intriguing insight into the rum making process of olden times, “When the wash is fully fermented, or to a due degree of acidity, the distillation is carried on in the common way, and the spirit is made up proof: though sometimes it is reduced to a much greater strength, nearly approaching to that of alcohol or spirit of wine, and it is then called double distilled rum. It might be easy to rectify the spirit and bring it to a much greater purity than we usually find it to be of: for it brings over in the distillation a very large quantity of the oil; and this is often so disagreeable, that the rum must be suffered to be by a long time to mellow before it can be used; whereas; if well rectified, it would grow mellow much sooner, and would have a much less potent flavour”.

The process has not changed too much. Rum enthusiasts still use traditional methods of judging the quality of rum by setting fire to a little of it. Then when all the inflammable content has burnt away, the phlegm left behind can be examined by smelling and tasting.

The all important “distillation” process

For the most part, after straining takes place, the contents of the fermenter are introduced into the boiler. However, this seemingly simple step requires utmost care and precision because if the bottom gets too hot, the entire brew will be burnt and ruined. This is why the heat needs to be applied slowly. When the distillation apparatus gradually reaches the expected temperature and operates in full swing, the valve placed on the top tank is opened periodically to release its contents. This step is tricky and requires years of experience to perfect because the aim of the periodic release of the content is to remove the bad tasting stuff from the fine rum. Through trial and error, this step can be optimized. However, the high-tech fermenters and distillation apparatuses of today have automated this to produce near perfect, spiced rum that can be enjoyed at the end of a long day. The product is then filled into Rum bottles In the immortal words of a probably forgotten sailor “May your anchor be tight, your cork be loose, your rum be spiced and your compass be true”.
UA-107599105-1